First stop on our road trip through Burgundy 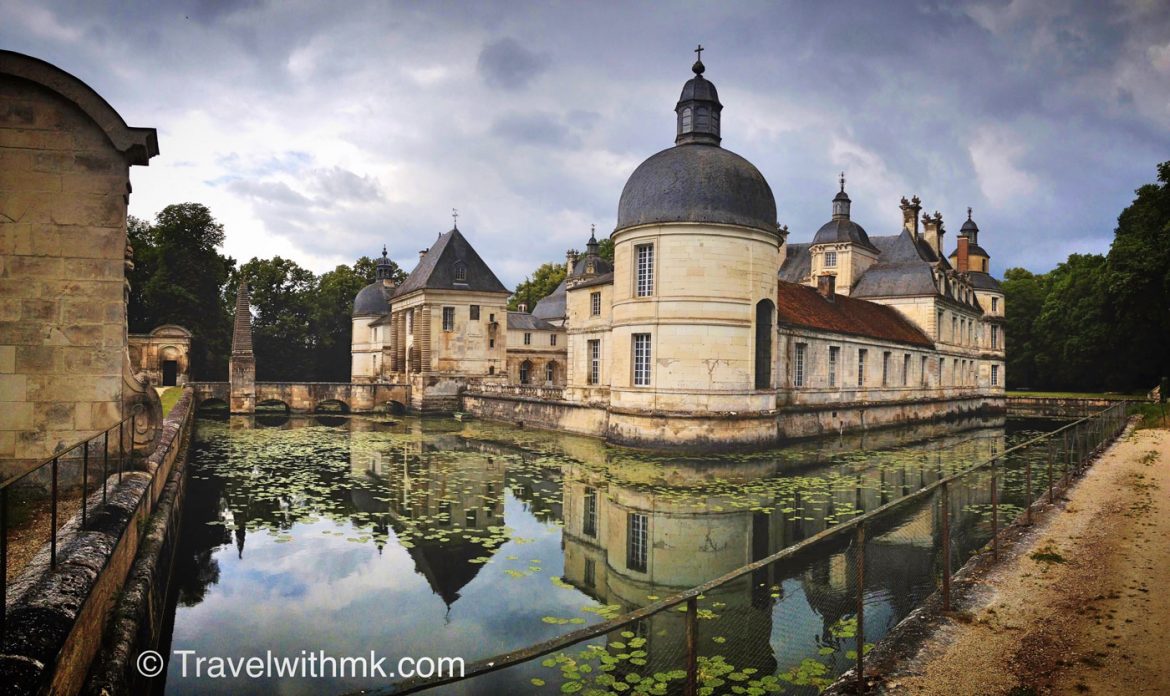 The grey sky was lightening up as we were racing through pine forests on a national road. I could have sworn that the soil was getting sandier, and that we were actually getting closer to the Atlantic!

We drove through tiny derelict villages, where half of the farmhouses were tumbling down. A teenage boy on his bike squinted at us with so much intent that I realized our car must have been the first to drive through that morning. Where the hell are we now? Mei smiled but was silent as a tomb.

As we entered into another secluded village, she suddenly stopped the car right in the middle of a deserted street. This is it, she said. Seriously? There wasn’t a soul anywhere besides us. I got out of the car, slightly confused. She stayed behind the wheel, pulling out some papers: it looked like she wasn’t sure where exactly we had to go to from here…

Across the street, a series of maple trees seemed to lead up to a mansion. We passed under an arch and as we turned around the corner, we stopped in our tracks… and saw this:

Not sure where this impressive gatehouse, or pavilion, would lead us to, we slowly walked through it, only to discover a giant courtyard that seemed to go on forever. On its left unfolds a remarkable Renaissance castle with cylindrical towers at its four corners, encircled by a rectangular water-filled moat, which doubles its infinite dimensions.

Our eyes wandered from porticos to pillars, from courts to arcades. The unusual detail that caught our sight right away were the paired carved pyramidal obelisks that flank the drawbridge spanned over the moat.

The Château de Tanlay looked grand, and symmetrical, and yet confusing. Strangely enough, the wondrous mix of architectural styles of this 16th century castle formed a harmonious whole.

We strolled a while through the magnanimous gardens, along the great canal, admiring the view of the castle from all perspectives.

The sky was getting darker. The air was electric and hot. A storm was on its way. Tiny black insects kept invading every inch of our skin. On our way out, we stopped at a small café-bookstore across the street, which was now open. The owners, a friendly old couple, who didn’t shy away from rummaging through their supplies of books to look for the authors I asked for, told us that these little beasts are called “puces d’orage” – thunderstorm fleas.

The lady at the shop asked where we were heading to. No idea, I said and looked at Mei. She giggled and explained that it’s a surprise for me. All you need to know is that we’re in Burgundy now. It’s time to hit the road again…

We turned on a narrow strip of land sloping down the flank of vineyards and pastures. On my right, endless prairies with white Charolais cattle grazing in the gently rolling hills. On my left, my beautiful wife, with that mysterious smile telling me that she owns a secret I am not (yet) aware of.

[Click here to read about our following destinations in Burgundy.] 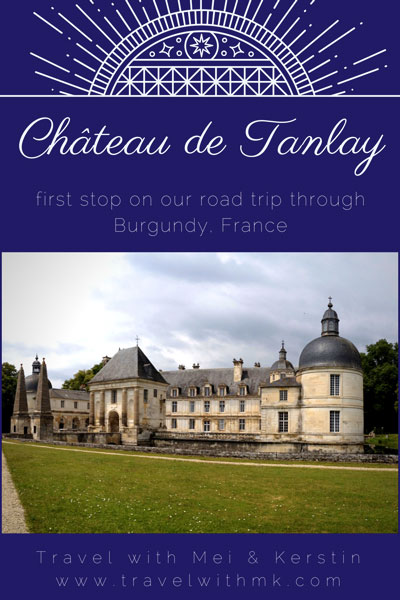