A Day in St Augustine, Florida

Exploring the oldest city in the USA 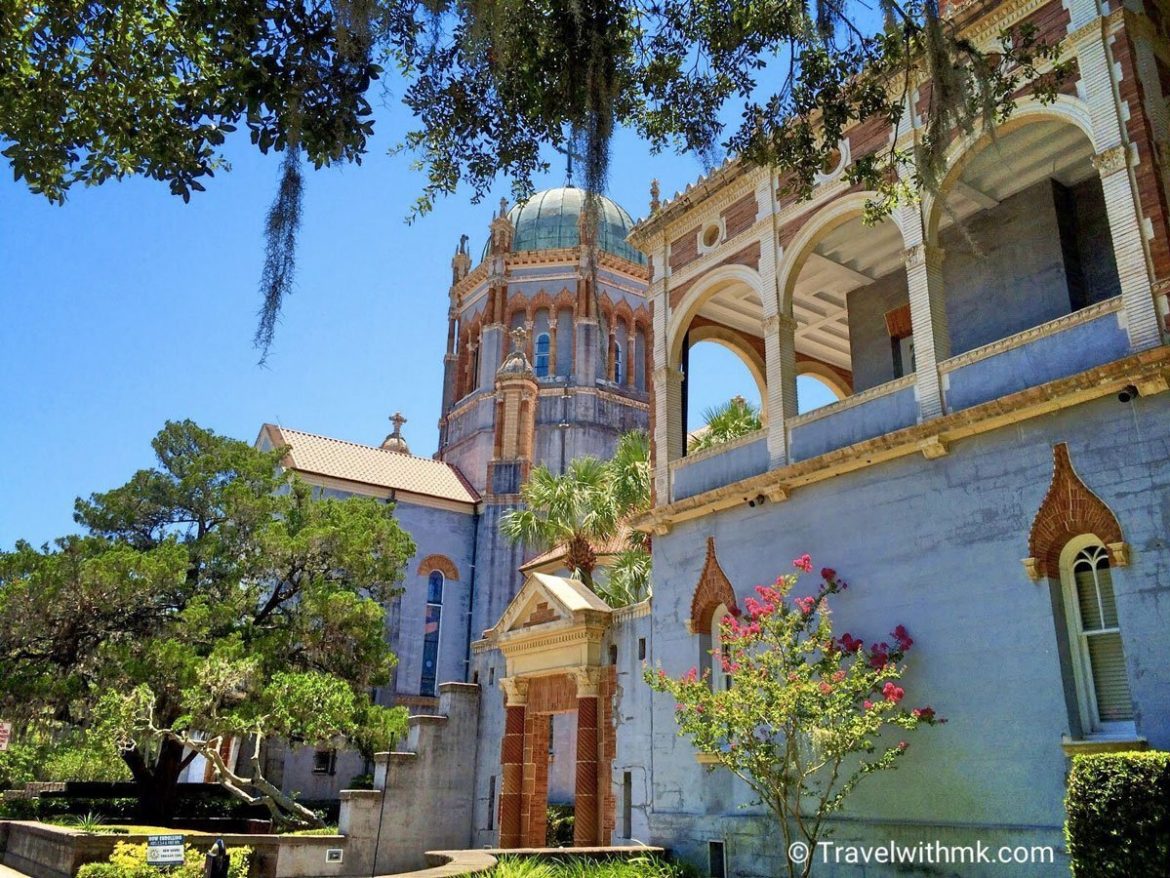 Remember to drink a cup of freshly-squeezed orange juice at the welcome center when you drive into Florida! My big sis insisted as if it were the best fresh orange juice ever. After all, she lived in Florida in the early 1990s. So how could I not believe her? So, as soon as we saw the “Official Florida Welcome Center” sign on I-95, I pulled over the rented red Kia Soul.

When I was younger, I was truly amazed by the gas stations on American freeways. And I still am. There are way more restrooms than people coming in. There’s always enough toilet paper, more soap than you’ll ever need and even warm water! They sell XXL-size drinks with more ice than liquid (so big and frosty that even Kerstin can’t hold them in one hand). And everything looks huge, neat and clean. Compared to most gas stations in France or Germany where we use to make road trips, the ones I saw in the USA seemed Utopian!

And the Official Welcome Center in Florida was just like that: despite the crowds, there was not even a queue to go to the toilets. And everyone who walked past the sliding glass doors were welcomed by ladies wearing a happy and smiley face. I wondered if they have sore muscles at the end of the day. Or maybe Botox does the trick… Behind them, a huge sign on the wall says: “There’s AMAZING inside Florida orange juice – Drink in the Goodness of 100% Florida Orange Juice”. There you go, I told Kerstin: that famous orange juice my sis was talking about!

As soon as we looked into the ladies’ eyes, they handed us a little cup and told us that they would be happy to give us more orange juice if we came back later. Seriously, what else do you need? Florida is per excellence the land of happy faces. It must be the sun, I thought. No wonder they nickname it the Sunshine State.

After four cups of orange juices (no need to take extra vitamin now), we were ready to head into the heart of Florida. First stop: St. Augustine. Founded by Spanish explorers on September 8, 1565, St. Augustine has been inhabited ever since, and is thus dubbed as the oldest city within the borders of the continental USA. The first thing we noticed upon our arrival at the historical center was the name of the streets: Saragossa, Valencia, Riberia, Cordoba. And of course, there’s also a “Spanish Street” (just in case someone didn’t notice St. Augustine had a “Spanish” background…).

Since we love this Spanish city, we parked our car on Sevilla St. for old times’ sake, mainly to marvel at the Memorial Presbyterian Church. Not because we’re Christians (for the record, we’re not), but because we love historical monuments. Constructed in 1889 by the (very rich) American industrialist Henry Morrison Flagler, the Memorial Presbyterian Church is inspired by Venetian Renaissance style architecture.

It contains not only Italian, but also Spanish and Moorish architectural elements, created with rich materials such as gold, white terracotta, mahogany, copper and Sienna marble. Surrounded by palm trees and sitting under a cerulean sky, this little gem looked quite inviting. But we didn’t linger for long, because our eyes were caught by another 19th century monument just across the Presbyterian church, which once belonged to millionaire Henry M. Flagler as well.

Maybe it’s because the palm trees were taller, or the lawn greener… But from the opposite side of the street, the main building of Flagler College looked much grander to us. Designed in Spanish Renaissance style and completed in 1887, Flagler College used to be a luxury hotel. A VERY luxurious hotel, since it was one of the first buildings in the world to be wired for electricity! It was supplied by Thomas Edison’s company, since he was a good friend of Henry Flagler (yep, rich guys always find each other…).

The sybaritic hotel was called the Ponce Leon Hotel, and accommodated important guests such as U.S. President Roosevelt, American writer Mark Twain, British writer W. Somerset Maugham, and also author Ernest Hemingway among others. One thing is sure: great writers needed electricity to write good stuff. And they also had to dine in a spectacular room with Tiffany-stained glass windows to get inspired. 😀 After WWII and later the American civil rights movement, the Ponce Leon Hotel slowly declined and finally closed its doors in 1967. One year later, it became the main building of the newly-created Flagler College.

There was not a soul walking on the college grounds when we visited. Where is everyone? Of course, the college was closed during late July, but isn’t the nation’s oldest city a major tourist destination in Northern Florida?

It was scorching hot, and the heavy tourist crowds in this narrow “historical” street certainly didn’t help to cool down. So, we were looking forward to taking refuge in one of the museums. Only that they were packed too. With all the kids yelling and running around, tourists taking group selfies in front of each building, we felt like walking through a theme park. We should have stayed in Flagler College’s Palm Garden. Or visit the nearby Villa Zoradya Museum, another 19th-century eccentric building constructed by an American millionaire.

To escape the crowds on St George Street, we went to the least-packed restaurant for “Spanish Florida” food. Are you ready to order, Ma’am? Sure! I’ll have a beer, please. The young waitress looked up and said: sure, but can I see your ID first? Both Kerstin and I burst out laughing. I heard Kerstin say that it was a good joke.

When the waitress looked confused, I told Kerstin that she really meant it! It was the first time in her life that she got carded… at the age of 30. The lady said that she was sorry, but it was the rule. Kerstin couldn’t stop laughing, but finally handed the waitress her passport, and thanked her for thinking that she was under 21. She ended up having her beer, and instead of Spanish food, we went for quesadillas. According to the menu, Mexican and Spanish dishes apparently were the same, just like in most theme park restaurants.

The Castillo de San Marcos is another main tourist attraction in St. Augustine. This 17th-century fortress with drawbridges was built by a Spanish engineer about 100 years after the city’s foundation, when the land of Florida was part of the Spanish Empire. For 205 years, the fort was in service under five different flags.

In 1898, it was still used to imprison the deserters from the Spanish-American War. But two years later, it was finally off duty. When we strolled around the fortifications, breathing in the sea air, we both agreed that we were ready to head to the beach. After all, the Sunshine State is best known for its sublime shoreline.

After visiting St Augustine, we drove to Central Florida before heading south to Miami and Key West. If you also make a road trip along the east coast of Florida, make sure to stop at Flagler Beach, Cocoa Beach which is not far away from the Kennedy Space Center, Fort Pierce and Hutchinson Island, as well as Fort Lauderdale, South Beach Miami and Islamorada. Those were our favorite spots in the Sunshine State. 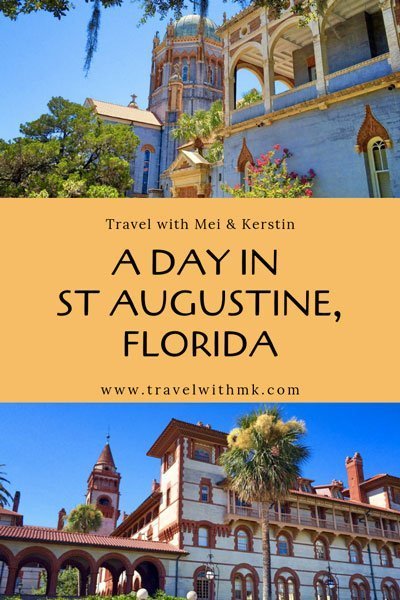 “You want to hear the story about Huacachina?” I wasn’t sure what... Read More 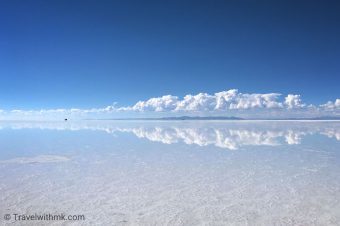 White. An endless ivory carpet stretching for miles and miles up... Read More