The Castelo dos Mouros in Sintra

Or how I overcame acrophobia in Portugal 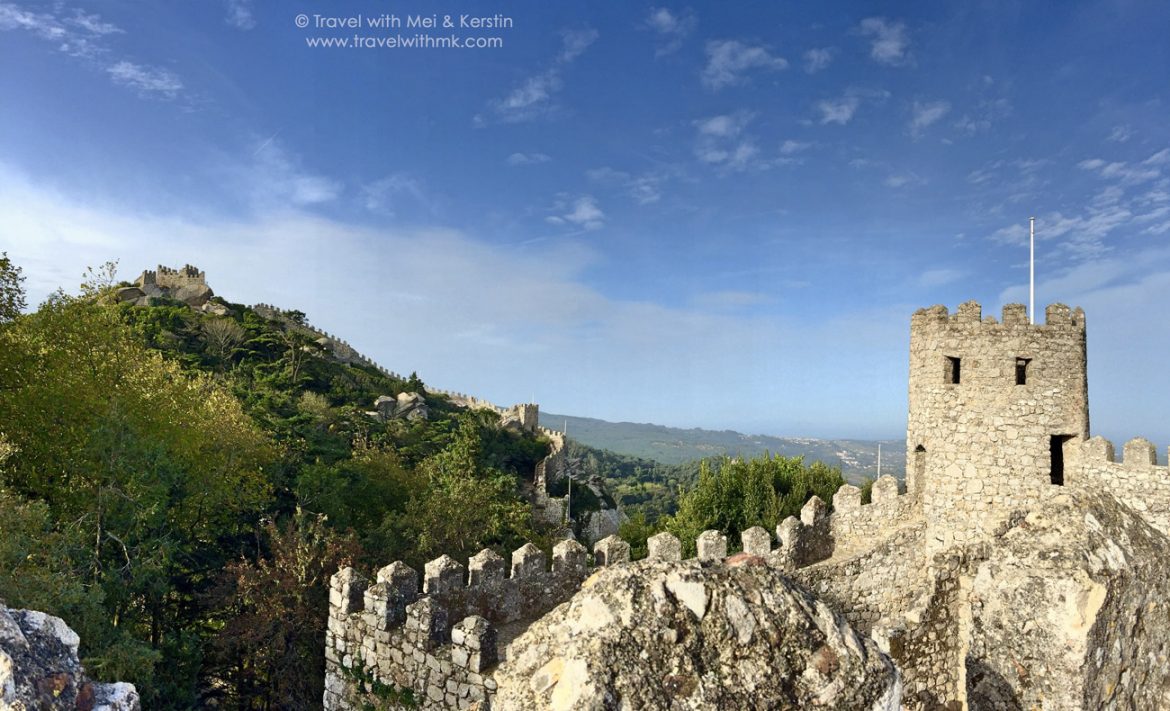 Standing on the outer fortifications of the Castelo dos Mouros, Kerstin is holding out her hand to me. Come closer! Take my hand; you really can’t fall from here. I keep looking down at the valley of Sintra, while clutching at every available rough patch on the stonewalls. The town center doesn’t seem very far away. But in between lie infinite granite boulders and sharp rocks on the 40% steep gradients. My legs begin to shake, my heart rate raises, and I start to feel dizzy, nauseous and weak.

I was never afraid of heights when I was a kid. As a teenager, I even made fun of people who were scared to cross a suspension footbridge. I would run and hop from one side to the other, without worrying about the altitude. I wish I could do that right now, right here in Sintra. Really, why the hell do I have acrophobia now?

Can you see the ocean? What is over there? Kerstin takes her time to walk over to me. Stop yelling. And yes, you can see the Atlantic from up there. Now hold my hand, it’ll be OK.

Perched high above the town of Sintra, the Castelo dos Mouros is not really a castle per se, but a military outpost, which consists of a double belt of military walls. Now standing inside one of the 5 fortified towers, I’m feeling a bit safer, and can finally let go of Kerstin’s hand and stop clinging to the walls. On the brochure that we got at the ticket office, it says that this castle was built by the Moors in the 8th century, and that it became an important strategic point during the time of the Reconquista in the 11th and 12th century.

Looking over the Serra de Sintra, I’m trying to imagine how Christian forces attacked this military stronghold during the Middle Ages. In 1093, the Moors managed to repel an initial Christian crusade led by King Alfonso VI of Castille. But in 1147, they ran out of luck and lost to Afonso I, the first king of Portugal. Legend has it that the Moors surrendered voluntarily to the Christian army, when they learned that Lisbon was conquered. But didn’t the Moors still fight back? Did they really abandon the Castillo dos Mouros without even trying?

Left with my unanswered questions and doubts, I turn around to look for Kerstin, who already left the tower to meander on the castle walls. She’s not very far away, and I know that she would come back for me if I asked her to. But I decide that it’s time to control my fear of heights. Stay where you are, I shout over to her, and climb down one step at a time, while controlling my breathing.

In the past, whenever I got too scared of heights, I would walk fast and avoid looking down. But rushing never helped to surmount my fear. So this time, I decide to change method. I slow down my pace, and stop every 5 to 10 seconds or whenever I feel the need to halt. Holding on to the merlons, which are pierced by a narrow, vertical embrasure, I peer through the slit, once designed to observe and fire if the need were to arise. The horizon seems infinite. It draws a thin line over the hills and the plains, stretching west to the Atlantic Ocean, and east to Lisbon.

I close my eyes and imagine myself jumping off the crenelated parapet. My heart immediately begins pounding. So I take one deep breath, open my eyes again and see myself still standing on the rampart. I’m safe. I advance a few steps, while repeating my breathing/closing the eyes-experiment several times, until I reach Kerstin. Are you all right? she asks. Yep, just playing with my acrophobia.

At the next vantage point, I decide to walk in front of Kerstin, because not having anyone waiting for me helps to reduce the stress. I keep making stops to take deep breaths, and force myself to look down the valley while telling myself that there’s nothing to fear.

As we move forward, it suddenly occurs to me that the steps of the Castelo dos Mouros, as well as the walls of the castle are in a rather good condition. That is because the whole Moorish Castle was reconstructed under King Ferdinand II, after it was totally ruined by the devastating 1755 earthquake and almost forgotten.

Obsessed by art and good life, Ferdinand II acquired a large part of the Sintra region and ordered the different medieval properties to be metamorphosed with romanticized features. The Castelo dos Mouros was renovated so it could be viewed from the Pena Palace, whereas the grounds were conceived to be used by the king’s “visitors” as a romantic place for relaxation and contemplation.

Behind the last fortified tower of the Moorish Castle, I can finally see the colorful Pena Palace, atop another lush green hill in the Sintra Mountains. Even from afar, one can easily recognize it as a 19th century Romanticist castle. Let’s go visit that fairytale castle, I say. Somehow, the way back to the exit seems to be less steep. Or am I just less scared of heights now? 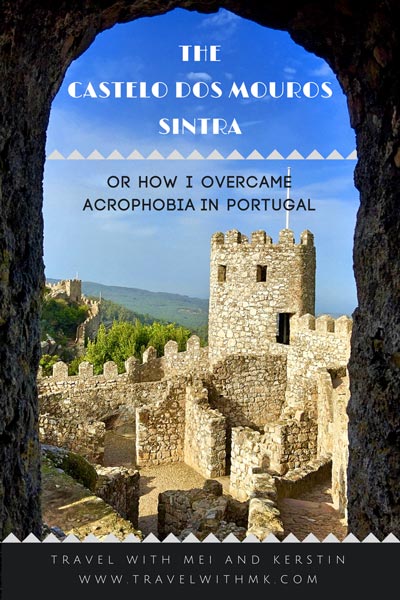 According to the weather app, it’s sunny here in Bergamo, I said. Outside,... Read More

Oh so you want to become a painter like Leonardo da... Read More