The Bonaventure Cemetery in Savannah

Our First Stop in Georgia 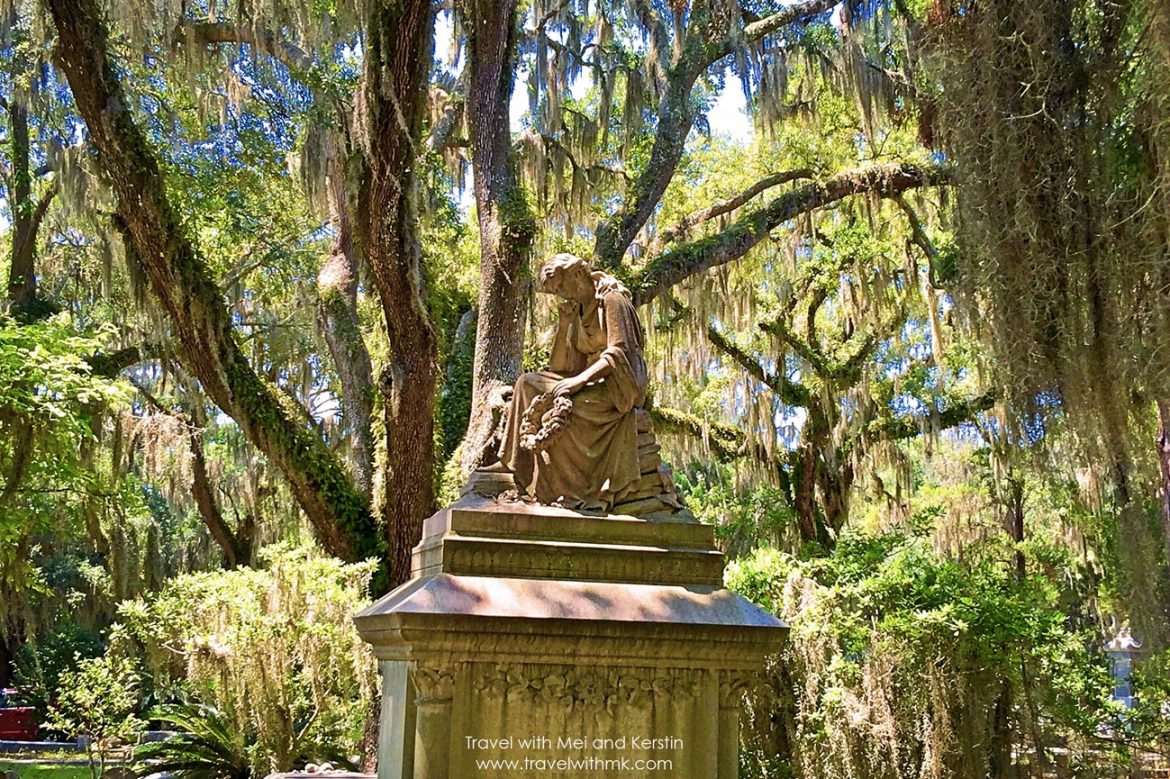 As I cross Talmadge Memorial Bridge over Savannah River, Kerstin is entering our next destination in the navigation system: Bonaventure Cemetery. Traveling 4000 miles to visit a cemetery? Why not. Apparently it is a quite famous cemetery… an “older” one according to many travelers. Something like the Père Lachaise or the Montparnasse Cemetery in Paris?

Bonaventure Cemetery greets us with its huge iron gate. We pull over on the deserted parking lot and climb out of our rental car to confront the hot and humid air. At the freezing air-conditioned Visitors Center, a lady in her 50s hands us a black and white map. Oh, it must be very hot outside. You girls should get back in your car and drive around the cemetery. It’d be better, you know. You can leave your car to walk around if you want to. Kerstin and I exchange a look… you mean, we can drive through the cemetery?

As a kid, I was scared of cemeteries. Really afraid! Whenever my father drove past a cemetery in Luxembourg, I would cower on the car’s floor and shut my eyes tightly (yep! back in the 80s, kids didn’t have to wear a seatbelt. Plus… I was really very small.)

I lost my fear of cemeteries when I turned 8. Or maybe 7… when we visited the American Military Cemetery Memorial in Hamm, just outside of Luxembourg City. I can’t recall why we went to visit this graveyard, especially since no one in my family has a special bond to this particular burial ground, or a history with American soldiers killed in Luxembourg during WWII. But I remember to have found the place quite peaceful. Thousands of white crosses lining up on a perfectly mowed lawn. And of course, my cousin didn’t tell me that there are actually graves under the spotless white crosses… Just a memorial, she said. Like statues, you know… to commemorate the fallen Americans somewhere up north in Luxembourg.

Now slowly driving through Bonaventure Cemetery, with all the oak trees draped in Spanish moss, I feel the same peace I felt back then at the American Military Cemetery in Luxembourg. Not only that graves don’t frighten me anymore, but throughout the years I’ve also come to like being in cemeteries. Funerary monuments and statues were my best-liked subjects when I was studying Greek Archaeology. And in Athens, my favorite spot was Kerameikos, the most important cemetery in ancient Athens.

Compared to Kerameikos and Père Lachaise, Bonaventure Cemetery is rather “modern”. The oldest graves date back to the 18th century. Back then it was a family burial ground inside the huge Bonaventure Plantation, owned by John Mullruyne and his son-in-law Josiah Tattnall. In 1846, it was sold to a rich hotelier, who transformed the site into a larger private cemetery, called the Evergreen Cemetery. And in 1907, the City of Savannah finally purchased the place, and renamed it to Bonaventure Cemetery. Today, citizens of Savannah and outside-town residents can still buy interment rights in this 100-acre site.

The oldest graves are located towards the back of the cemetery. We thus park on Saint Augustine Drive, overlooking Wilmington River, and walk around the eastern side of the cemetery. According to Tripadvisor, Bonaventure Cemetery is ranked among the top 5 things to do in Savannah. But apart from a couple of guided group tours, each with less than 10 visitors, the place looks rather empty to us. It seems like the scorching heat is scarier than any ghost that could be haunting this neighborhood…

Each of us holding on a bottle of water, we stroll through meandering paths and lush foliage, along dozens of burnished grave markers. Every now and then, we stop to marvel at the hauntingly beautiful funeral sculptures, from Gothic angels to stone obelisks.

Despite the calm, imperturbable atmosphere, the heat becomes increasingly unbearable. We quit our visit sooner than expected, and drive to downtown Savannah, one of the most romantic cities in Georgia. There, I dig up John Berendt’s novel Midnight in the Garden of Good and Evil at the Book Lady.

– John Berendt, Midnight in the Garden of Good and Evil 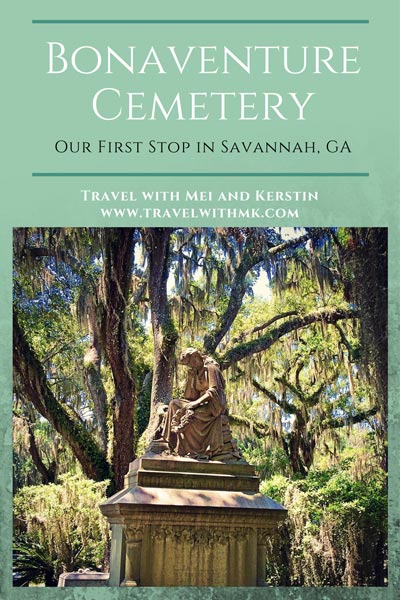 If there was ever such thing as an artist’s bible, it should... Read More 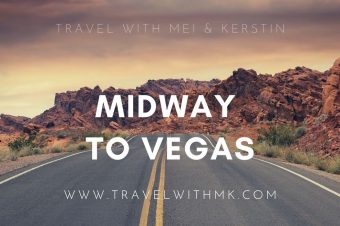