Exploring the Medieval Town of Rodemack

A little gem in north-eastern France 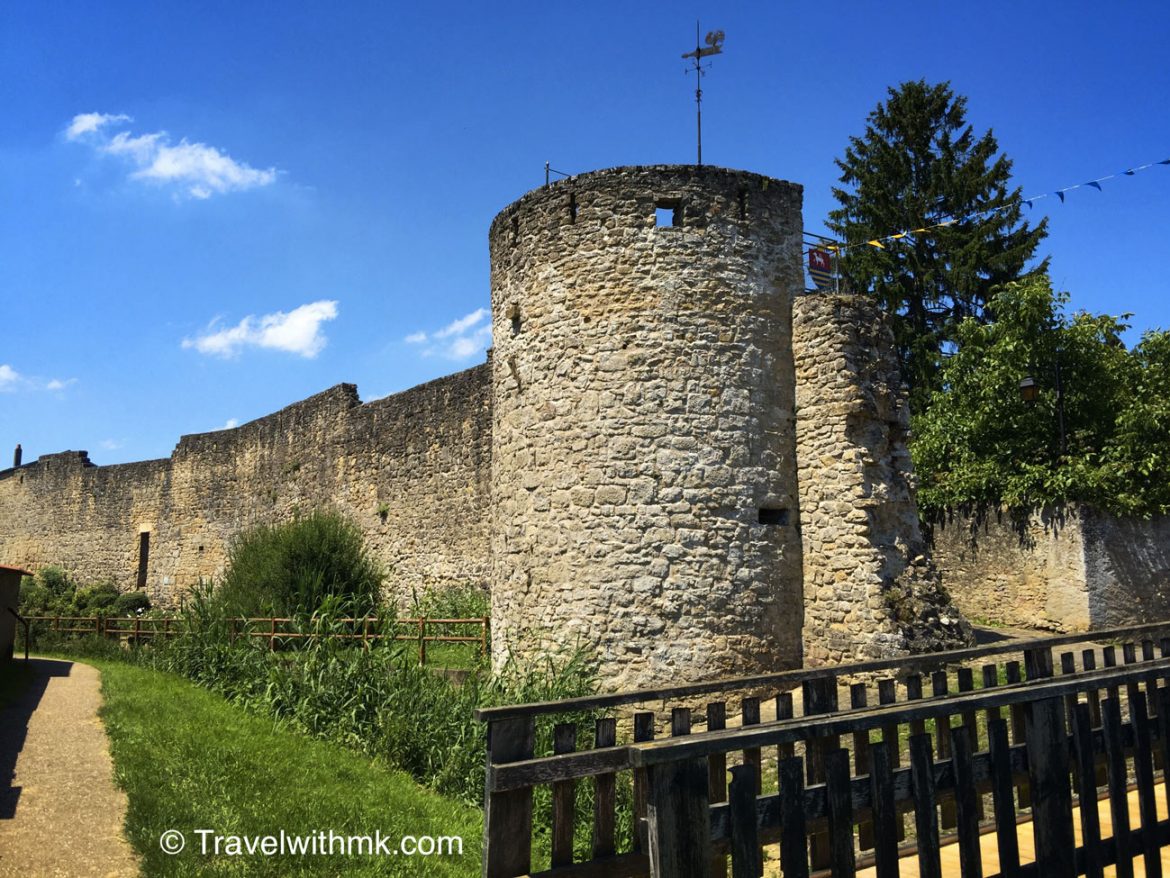 Rodemack? Never heard of it… When I was a kid, many Luxembourgers considered the northern part of Lorraine in north-eastern France as a poor region. Heavily industrialized, and home to the Cattenom Nuclear Power Plant, this area was populated by what Luxembourgers used to call “Heckefransousen”. Literally “the French from behind the hedges”. A derogative term to describe the French who cross the border every day to take profit of Luxembourg’s wealth.

Little did I know about this French region back then. And the people I knew only mentioned the cities of Metz and Thionville. But the historical region of Lorraine actually has a lot to offer. Several castles and fortified manors among other gems. One of these lesser-known places is the medieval town of Rodemack.

Leaving Mondorf-les-Bains in Luxembourg behind us, we cross the border and spot the street sign “Rodemack – cité médiévale”. 6 kilometers further, we stop in front of an imposing arch flanked by two round towers. A wooden panel informs us that the Porte de Sierck is a 1989 reconstruction of a 14th century gateway to the medieval village of Rodemack. Destroyed in 1944 by American troops for the passage of their tanks, the original gateway was built by the residents themselves.

As we step inside the village, we find that the first houses look pretty modern. Typical 19th century farmhouses, and even a couple of early to mid 20th century façades. But the further we penetrate into the heart of the village, the older the houses. On both sides of narrow cobblestone streets loom old stone houses with vivid Persian blue wooden shutters. Wild roses are creeping up facades, secret gardens blossom in hidden back alleys.

We go down a narrow path which runs parallel to the fortification. It takes us to the outward medieval walls. There we follow the 700m long rampart, along the stream of Faulbach, until we reach a medieval garden.

It’s a typical hortus conclusus, geometrically divided into cultivated areas. Some plots are planted with vegetables, while others contain medicinal herbs, such as wormwood, thyme, verbena and lemon balm.

The medieval garden of Rodemack reminds us of Peter Tremayne’s Sister Fidelma Mysteries. It’s a bestselling series of historical novels set in 7th century Ireland, which usually includes an episode with an apothecary who carefully reveals his knowledge of medicinal herbs to the initiated.

A medieval garden is often the perfect place to exchange secrets or kisses. Even Rapunzel’s mother couldn’t resist the urge to eat a rampion from Gothel’s garden. When the witch caught her husband sneaking into her forbidden garden to steal the plant, she decided to punish the couple by kidnapping their daughter Rapunzel and imprisoning her in a tower.

As our minds wander from legends to fables and fairy tales, we can’t help to conclude that medieval gardens are irresistible, but definitively dangerous places.

We crisscross several footbridges, and finally sit down on a carpet of emerald, listening to the nearby gushing water. Rodemack has such an idyllic touch to it, that we almost forget we are only 10km away from Cattenom… 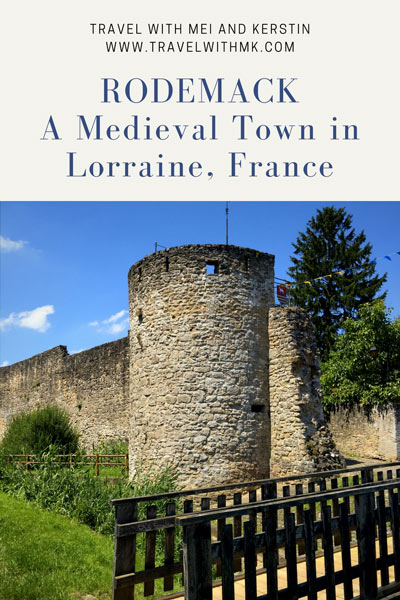