A lesser-known French city with a touch of German culture 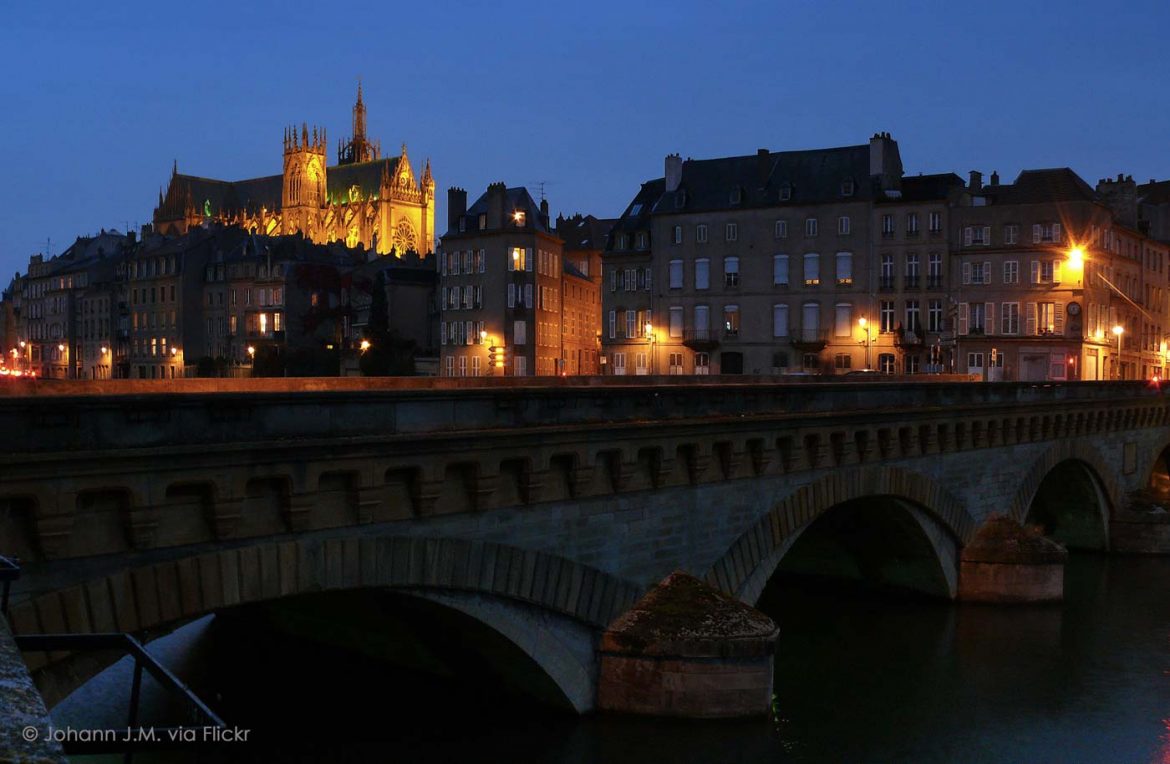 Metz! Ici, Metz! The snappish female voice repeated it twice. Insisting on the triple s at the end of the word. We looked at each other and bursted into laughter, imitating the SNCF voice by adding a few other s’s.

We were 16 back then, and never missed an occasion to giggle. Kerstin didn’t travel much to France when she was a kid. When we met, I found this absolutely scandalous. I promised her I’d show her Paris one day. But first Metz.

Metz was the capital of the Lorraine Region. And for the 16-year old me back then, it was the closest French city from Luxembourg where “a Luxembourgish city girl shall go for a real shopping spree”. Now thinking back, I must admit that it sounded a bit arrogant. Nevertheless, I felt quite proud to take my then-still-best-friend shopping in a foreign city.

Located about 43 km from the Schengen tripoint where the borders of Luxembourg, France and Germany meet, Metz is definitely a great place for shopping. But there is so much more to see and do in this French city… way more than I could ever imagine back then.

Ever since the Centre Pompidou-Metz, a modern and contemporary art museum opened in 2010, we had wanted to explore it. But in 2010, we still lived in Paris. Even though the TGV-Est stopped in Metz every time we traveled between Paris and Luxembourg, we never visited this city.

About a year after we resettled in Luxembourg, we finally decided to explore more of the Lorraine region, now part of the Grand Est. After a few hours in the quaint village of Rodemack, we headed to Metz. There, we suddenly realized that this city has a very rich history dating back to over 3000 years ago. That it was not only an important Gallo-Roman city known as Divodurum Mediomatricorum, but also the residence of the Merovingian kings of Austrasia, AND the birthplace of the Carolingian dynasty. Between the 12th and the 15th centuries, Metz was even a republic.

One day, we sat down on a terrace at the Place Saint-Jacques. An elderly man suddenly spoke to us in German. When we asked him if he’s French or German, he answered that he was a local citizen, born in Metz and lived in Metz his whole life. But his German was perfect, because he was born during WWII, when Metz was annexed by the German Third Reich. And his parents, he said, were also French. But they spoke perfectly German as well, since they were born shortly before WWI when Metz was part of the German Second Reich. In fact, like many other cities in nowadays Eastern France, Metz was part of the German Empire after the Franco-Prussian War in 1870-1871.

So…, the man explained, of course I’m French, but I was also German once. Many people of my generation and that of my parents’ despise Germans, and always insist on being French. I think it’s not quite fair, he confessed. We shouldn’t deny our past since we cannot change it, and it’s part of our life. Especially now in the 21st century, we shouldn’t stress on the differences between German and French anymore. When we live in a city like Metz, or in any other border-city in the German state of Saarland or in Luxembourg, we should consider ourselves as citizens of the Greater Region, or of the SaarLorLux Euroregion. Because we share the same history for centuries, there’s no need to materialize a cross-country border in our mind when talking to each other, right?

Metz’s history at the crossroads of different cultures that developed throughout centuries can actually be best seen in the city’s architecture and urban planning. In fact, the Place Saint-Jacques – where we were sitting – is the exact location where the Roman forum used to be. And we were facing the rue de Ladoucette, which used to be the ancient Cardo Maximus (Roman north-south street), nowadays stretched to the rue des Trinitaires and the rue Taison.

The High Medieval architectural heritage in Metz can be seen in the vaulted arcades of the Place Saint Louis, where we once tasted a delicious steak tartare. Whereas the Cathédrale Saint Etienne is an architectural wonder of the Late Middle Ages.

Since Metz was a Garrison town for many centuries, it was heavily fortified. Some of the military architecture from the 13th, 16th or even 19th century are still visible today, often converted into a concert or exhibition hall. Imagine sitting in a convention centre that was once a medieval bridge castle! Wouldn’t it feel more special than sitting in a grey modern box made of concrete?

The Germanic architecture of the Second Reich is mainly in the Imperial Quarter of Metz, originally known as the “Neue Stadt” (new city), built between 1902 and 1914 by the government of the then ruling German Empire. In fact, many buildings were built in an architectural style that recall the German Middle Ages. Metz’s railway station for example had a Rhenan-Romanesque-revival style. Whereas the Governor’s Palace is a Flemish-Renaissance-revival building. For the private houses, the German architects added elements of the Neoclassical, Art Nouveau, Art Deco, or even of traditional Alsatian style.

The whole area of the Imperial Quarter of Metz was a stylistic laboratory for the architects of the German Second Reich. To germanise the architecture, the architects refused to use the local yellow Jaumont limestone (which can be seen on all the other older buildings in Metz, such as the Cathedral). And instead, they had pink and grey sandstone, as well as basalt and granite imported from Rhineland.

During the first half of the 20th century, it must have been a shock for the locals to see these new styles in the Imperial Quarter of Metz. But today, they are part of the city’s architecture and we can’t imagine Metz without the German buildings. I guess, this is what the elderly man was trying to say: you can’t ignore the past. It’s part of the city’s history now. And German culture is as much a piece of Metz as French culture. 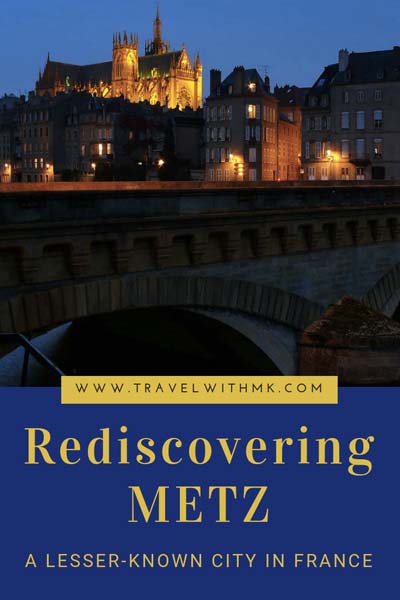 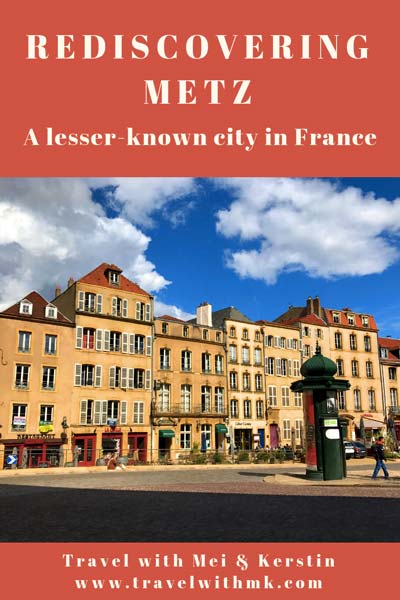 Oh so you want to become a painter like Leonardo da... Read More