The Island by Victoria Hislop

The Island is a historical novel written by Victoria Hislop and published in 2005. Now an international bestseller, it was translated into over 20 languages. It also won the British Awards in 2007. And was adapted as a 26-episode television series by the Greek TV channel MEGA.

This novel tells the story of Alexis, a 25-year old woman from London, whose mother is from Crete. Since she knows very little about her family, she decides to visit the little village of Plaka where her mother was born. There, she meets an old friend of her mother, Fotini, who tells her the tragic and shocking story of her family, which was closely connected to the story of the now deserted island of Spinalonga. Located just across the village of Plaka, Spinalonga used to be a leper colony from 1903 to 1957. During that period of time, many Greeks suffered, loved and lived in Spinalonga.

You might know that Crete is my favorite Greek island. And that I have visited it many times, may it be for vacations or to participe in archaeological missions. But I had never heard of Spinalonga island until I read Hislop’s novel. As horrible as the little island’s modern history might be, this book made me want to explore the former Greek leper colony. So, in summer 2017 we finally made it. As we strolled through the abandoned Spinalonga Island, I felt like walking in Alexis’ footsteps… 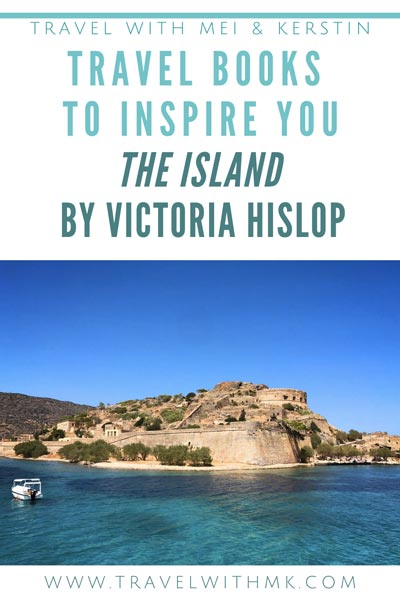