Journey to the West

“Nothing in this world is difficult but thinking makes it seem so. Where there is true will, there is always a way.”

Journey to the West is one of the most popular classical novels of Chinese literature, as well as a truly thrilling quest. Written by Wu Tch’eng-en in the 16th century, this tale is based on the historical events about the pilgrimage of the Tang dynasty Buddhist monk Xuanzang who lived in Chang’An, the ancient city of nowadays Xi’an. According to history, the Chinese monk Xuanzang defied the emperor’s ban on travel. He trekked along the legendary Silk Road by crossing the provinces of Gansu and Xinjiang in China, as well as today’s Kyrgyzstan, Uzbekistan, and Afghanistan to reach India in 630. His quest was to retrieve Buddhist scriptures in India. But during his almost 20 yearlong journey, he also visited many important Buddhist sites on his way to and from India.

However, in Wu Tch’eng-en’s novel, the monk who is called Tang Sanzang is not the most important character. In fact, without his trusted companions, the Chinese monk probably wouldn’t have made it to India and back. One of his best disciples is the clever Monkey King. With his exceptional powers, he faces fantastic foes, demons and monsters, and never refuses mischief or rule-breaking when he spots an opportunity.

Mei told me about the Journey to the West many years ago. It was adapted as a TV show in the 1980s, and she used to watch it with her grandmother when she was a kid. But before watching any of the media adaptations, I decided to read the book first as soon as we returned from our trip along the Ancient Silk Road in August of 2019.

Since it is a myth written four centuries ago, I couldn’t quite locate all the places mentioned in this novel. But the dangerous trek that Wu Tch’eng-en described provides a keen understanding of Chinese mythology, folk religions, bureaucracy and value systems of his time. And as any true adventure story, it also contains inspiring messages for any world traveler: every journey we take is a journey to enlightenment. 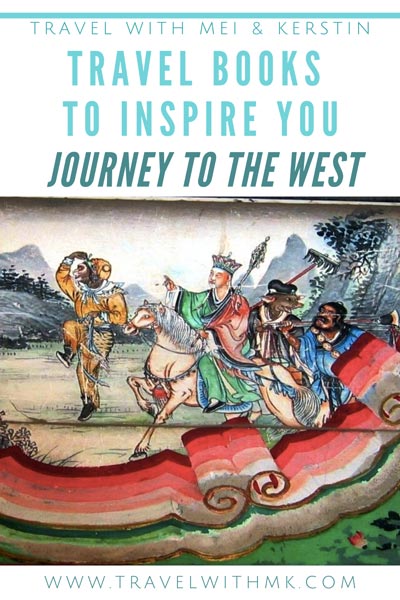