Robyn and Emily from Backpacking Babes

What do a chef and a musician do when they’re not cooking or playing music?

Well, they travel! And inspire us with their awesome Instagram photos!

We’re Emily and Robyn. A songwriter/musician and chef from the USA. We met in Orlando, Florida in 2015, at a fundraiser that Robyn was hosting. She was on her way to a volunteer trip to Ethiopia, and when the band who was supposed to play cancelled, a mutual friend asked if I could cover the gig. So, I did! It wasn’t long before we were dating, and deeply in love.

Robyn had a big chef position at the time, and I was touring with my band quite a bit. After six months of being together, and a lot of long talks about passion, purpose, and aspirations, we decided that long term world travel was something we had always wanted to do. A casual conversation turned into a real decision to take a sabbatical, and we began to plan for our trip. This is the part that people usually get confused about.

When we tell our story to people, it’s often greeted with questions like: “How can I afford that?” and “Where do I begin?”. We plan on putting together a detailed explanation of how we prepared for our trip, via blog post/video, and will be sharing that soon. The short version: We ripped out the months from a desk calendar, hung them up on a wall in our house, and covered it with individual goals, deadlines, and pertinent information (like, “cancel car insurance”). Soon, we were on the most eye opening, life changing adventure ever.

We began in Hawaii, then flew to New Zealand for two months before exploring Thailand, Vietnam, Indonesia, Israel, and Argentina. To be honest, traveling as two women became less and less of a topic of worry, the more we traveled. In New Zealand, we experienced a work stay opportunity with an artist named Fiona Clarke. She is a staple in the New Zealand LGBTQ+ community, and was basically the first to photograph LGBTQ subjects in the 70’s and 80’s. Getting to know, and work alongside Fiona was a highlight for us.

I (Emily) had the honor of playing Auckland Pride’s “Big Gay Out” on the main stage. So, for any of our LGBTQ+ friends thinking of visiting New Zealand, we couldn’t encourage it more! The same goes for Thailand, Vietnam, and Israel, where we experienced Tel Aviv Pride (one of the craziest Pride’s we had ever participated in. It is so wild and special!).

We will say this – we had a bit of concern on our layover in Singapore. While, Singapore is an incredibly clean, and safe place, this is also partly due to their strict, and sometimes questionable laws (Robyn was actually detained for having pepper spray in her pack). There are also no LGBTQ anti-discrimination protections in existence, same sex relationships are not recognized by law, and gay relations are illegal (though, that part is apparently rarely enforced). Although we were only visiting for a short time (& I had a terrible case of travelers stomach), it was still important for us to stay aware, and knowledgeable about where we were.

With that said, we encourage anyone who is traveling to study up on the laws of the places you’re going. The experiences we shared while traveling together were profound. The moments shared together while journeying in long term traveling, be they the highest of highs, or the lowest of lows… have the ability to test you, scare you, awaken you, excite you – both on an individual level, and as a couple.

For each challenge, whether it was food poisoning, or an uncomfortable bed, missed flight, or week without a shower…there is a lesson, a new friendship, a memory made, and another moment of truly living. We learned that fear based decision making is never the right kind of decision making. Lean into the fear and the challenges, because ultimately, they are the gifts that help you find the real beauty in life. 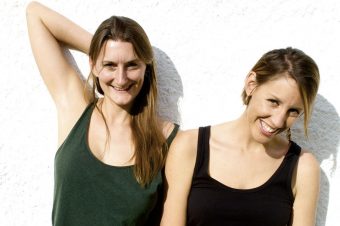 Who doesn’t know Prue and Becks, the brains behind the former... Read More 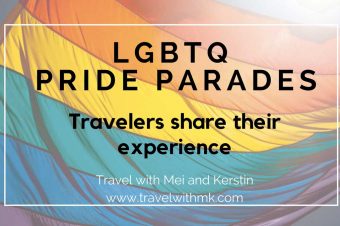 The other day, someone asked us what the LGBTQ Pride Parade really... Read More 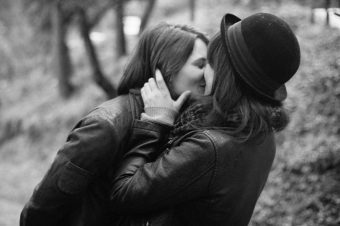 Amanda and Julie are a lesbian couple who met in Ireland. They’ve... Read More 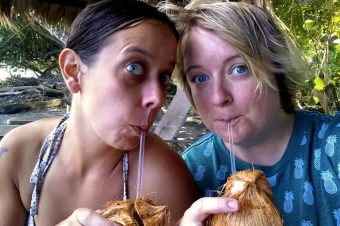 Jennifer is a lesbian from Vancouver, exploring the world and blogging about... Read More