Hiking through the Podocarpus National Park in Ecuador

Or how the jungle changed my life

When we arrived at the Podocarpus National Park in the southeast of Ecuador, the rainy season had just begun. The air was hot and moist. We had been trekking for hours in pitch darkness. And there I was, knee-deep in mud, T-shirt clinging to my skin. I was carrying a chunky backpack, as well as a tent that swayed on my neck. All my waterproofed gear turned out to be not waterproofed at all.

And then suddenly, the truth hit me like a thunderbolt. This was really happening: I was finally in Ecuador, miles away from any civilization. Wherever I looked, I saw dark, muggy, unruly jungle. This was the adventure I had always been waiting for… 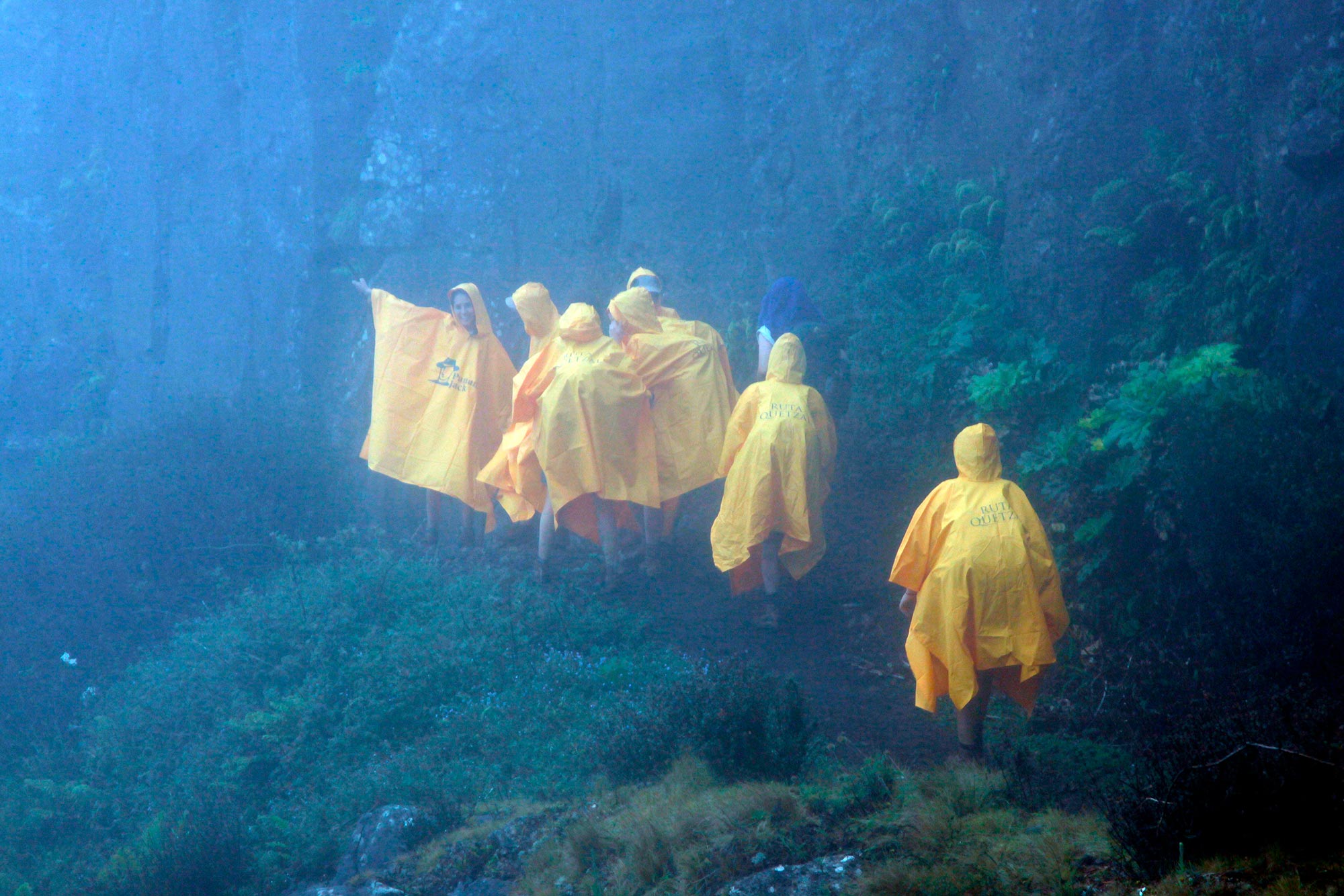 As a kid, I often fantasized about treasure hunting in the jungle. When I turned 16, my dream finally came true: I won a scholarship organized by the Spanish embassy in Luxembourg. It took me to South America and Spain. For 6 weeks I was on the road with the Ruta Quetzal, a scientific program that fosters culture and adventure by bringing together 300 youngsters from around the globe.

Before I left Europe, I thought I had it all figured out. I carefully studied the program provided by the Spanish embassy, the endless list of materials I had to acquire, and documented about the various climates in South America, especially the tropical rain forest. But once I set foot on Ecuadorian soil, I started to redefine my conception of tropical rain forests.

The thing is: when it comes to the jungle, even your most vivid expectations can turn out to be completely off track. The only thing I can say for sure is that the jungle changes you. It reveals your Achilles’ heel and exposes whatever secret weakness you may have. The Ecuadorian jungle certainly brought out mine.

Located in the provinces of Zamora Chinchipe and Loja, it covers 360,000 hectares and is home to 560 registered species of birds, which is 6% of all birds registered worldwide. Its appellation “Podocarpus National Park” refers to the romerillo tree or Podocarpus, the only conifer native to Ecuador. The region is also known for hosting the Cascarilla tree, which used to be the world’s only source of quinine, a necessary component to fight malaria.

We had entered the jungle the previous day and camped on its outskirts, next to the river Bombuscaro. At sunset, we gaped at giant insects that gathered around all illuminated sources. Then, out of nowhere, we were told that one group was to penetrate further into the jungle and camp on site. I heard my name and set out to gather my gear.

My camera – back then we didn’t have a mobile phone to take pictures, let alone a smartphone -, after a few hours of hiking was already ruined by the treacherous fog and everlasting humidity. Thus, not one single snapshot survived from this once-in-a-lifetime trip to the tropical forest. But when you have to cross a suspended wooden bridge at 4am, while shoe-size bugs keep crawling on your hair, shoulders and legs, you don’t particularly care about taking pictures.

We waded through water puddles, listening to the nocturnal racket and occasional whelp of howling monkeys. From time to time, shouts from expedition members arose amidst the darkness relaying the supervisor’s word. Vámonos! Apúrense! Apúrense! Hurry up! We were behind schedule. As always… right from the first day of our trip.

I squinted into the night, hoping to get a glimpse of the animals, which by the sound of it crept nearby. But it was too dark. The attempt would have been ridiculous even in daytime, since in moist jungles like the Podocarpus, the dense canopy and the fog usually prevent you from seeing anything.

The mountain’s steep ridges were narrow and slippery. We could all hear the waterfalls just below, but none of us was able to see them. The girl hiking in front of me was scared. She had lost her Panama boots and wore unfit sneakers. She kept sliding and made me edgy. If she were to fall, she would take me down with her. We would both slam into the rushing streams below and probably drown.

I had a spare pair of boots and offered her to switch shoes. While we lowered down to make the exchange, a sweetish odor emanated from the soggy floor. An odor that reminded me of rotten leaves and dead insects. It was stifling.

And then it happened.

Something was wrong with my chest. I was laboriously inhaling the moist air, but suddenly it didn’t get out anymore. I suffocated. Literally. I knew I couldn’t just sit down and rest. We were behind schedule and had to keep on moving. But my heart was racing. I was strangling the air out of my lungs. I had a flash of my loved ones, and before I could say anything, I crashed to the floor like a hefty sack of potatoes.

The next thing I knew, one of our guides was hovering over me and told me to use his asthma inhaler. I did as instructed. The first whiff of air that came through was a blessing. I never imagined something as easy and natural as breathing could ever be a problem.

Like everyone else, I took breathing for granted. As I took life for granted. Since this jungle episode, I realize that nothing is due. Ever. Especially not breathing. The jungle made me feel alive. It showed me how insignificant I was, and yet, how much I could endure.

Despite all the adventures in the Ecuadorian jungle, if an airplane were to throw me out there again, I would gladly accept it. And do it all over again (this time carrying a couple of asthma inhalers!) How crazy is that? 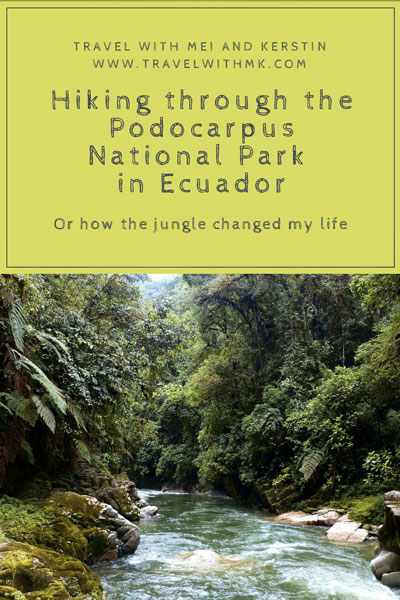