Do you think it was really the right decision to leave Paris?

Sitting on the Quai des Tuileries, I dangle my feet and try to avoid looking into Kerstin’s eyes. A couple of Japanese tourists walk past us, then stop for a selfie with the Pont des Arts.

Tears are stinging my eyes. I close them. Then imagine myself crossing the pedestrian bridge to the Institut de France. I would turn left and walk down the Quai de Conti and the Quai des Grands Augustins. Probably stop at one or two bouquinistes, then glimpse the Notre-Dame Cathedral over the green boxes. I would wonder if I should head to the bookshop Mecca Gibert Jeune, or to the legendary English bookstore Shakespeare & Co. To avoid the crowd on the boulevard Saint-Michel, I would jump on the bus 38 and get off at Val de Grace station. Then walk to the Institut d’Art et d’Archéologie located on rue Michelet…

Kerstin brings me back to reality, and into her arms. I know how you feel, she whispers. I miss Paris too. It’s been too long. We should have come back sooner.

Our mistake was not that we had left Paris after living there for a decade. It was simply not having returned for over 4 years. It’s unforgivable. I feel like I have betrayed Paname. As if I had run away from someone I truly love, and then just ignored it, and never looked back again.

Now sitting here, it occurred to me that everything feels so familiar. The Louvre is only a street away. I have been inside the world’s largest museum so many times before, with friends, family, professors, students, and mostly by myself. To learn, examine, study, or analyze the hundreds and thousands of paintings, sculptures, drawings, objects and other artworks.

On the other side of the Louvre: Edokko at 163 rue Saint Honoré, our favorite place for a late evening maki bowl. And further north: the Institut d’Histoire de l’Art (INHA) ,where we spent hours and hours doing research in the Gernet-Glotz library. Or the Opéra Garnier, that I loved to contemplate from the Starbucks at the corner of rue de l’Opéra and rue des Petits Champs…

All these places still exist. The menu at Edokko hasn’t changed. I still remember on which shelf I can find the books about Athens during the Hellenistic period. And Starbucks’ caramel macchiato tastes the same.

And yet… time has moved on. We are not Parisians anymore. We are nothing more than a couple of travelers, who happen to know how the City of Lights used to be several years ago.

As familiar as everything may seem, deep down I know that at every place in Paris I return to, something will be, look or feel different to me. My first reaction would be confusion, perhaps anger or even panic: WHY did they change this and alter that? WHY did they renovate, modernize, innovate?

Back then the Panthéon's façade looked darker. Back then the Japanese crepes Okonomiyaki at Aki's tasted sweeter. Back then we could easily jog under the Eiffel Tower without being surrounded by security control. As if back then, everything was much better.

The thought of what my little voice will say or criticize when confronted with the "new" Paris makes me laugh out loud. Seeing me giggling and crying, I'm sure Kerstin must think I've gone crazy. But I know that she too is getting her own whiff of nostalgia.

And it's OK to be nostalgic. It shows that we associate our time in Paris with happiness. And that what is left of Paris to us now are the sweet memories from our past, not the bitter things that made us leave after a decade, nor the fear of terrorist attacks that Paris has suffered since 2015.

After spending an hour wallowing in nostalgia, we both dry our eyes and cross the Seine. On the Pont des Arts, we find out that the overwhelming love locks attached on the railings have been removed. On the Quai des Grands Augustins, we stop at a new place called Paradis Marguerite. Along the boulevard Saint-Michel, the boulevard Saint-Gemain, and the rue des Ecoles, we find new cocktail bars, all decorated with modern friendly and colorful furniture.

Conscious that both I and Paris have changed, I'm now ready to discover and explore the new Lutèce as a traveler. With new eyes.

And who knows. Maybe next time, we'll even stay in a hotel with balcony views of the Eiffel Tower. Something we never had the opportunity to do when we lived in Paris... 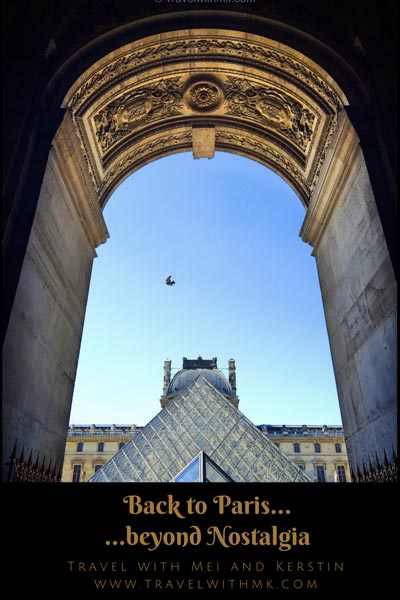 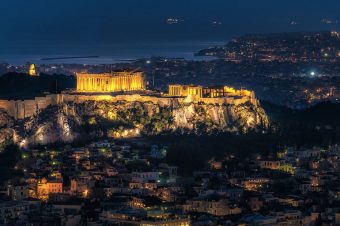 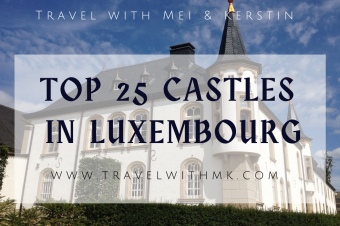