Annecy: the Venice of the Alps

A last minute getaway in Haute-Savoie 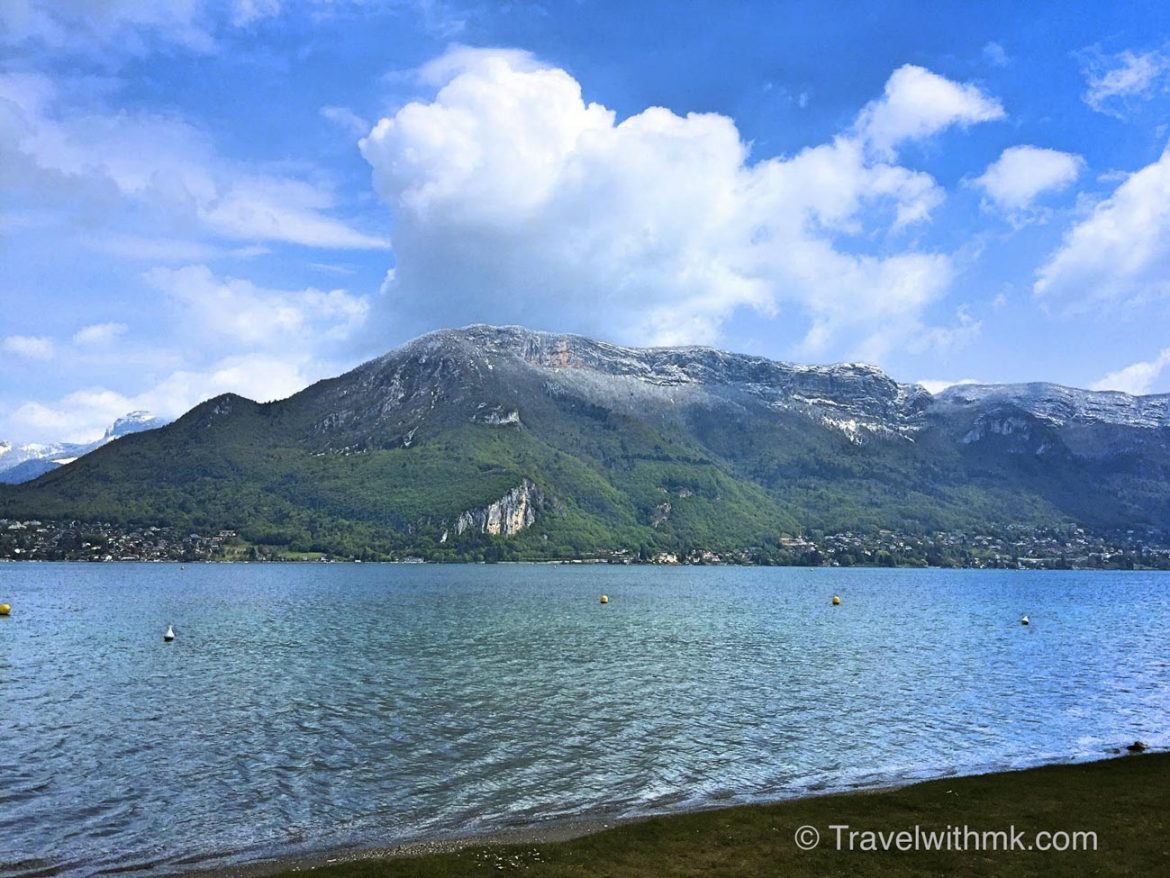 Lakes. Because I wanted to see lakes… I needed to see lakes. Not as if there weren’t any lakes in Luxembourg, but I happened to be hit by a serious wanderlust too. 7 hours later, we checked in at Encore Hotel at Lake Annecy.

Annecy is nestled in the French Alps, in Haute-Savoie, not far from Geneva and Mont Blanc. The day we arrived, a thick fog was rising from the waters and descending from the mountains. The view from our hotel balcony was a guessing game. It was cold, so the surrounding mountains couldn’t be far. But never mind the mountains; I needed a lake!

Encore Hotel is ideally located across Lake Annecy, about 2km away from the Vieille Ville of Annecy. We left the hotel to get a better sight at the lake. Despite the heavy curtain of rain and freezing gusts of wind, the water was calm. It was astonishingly clean and turquoise. We both stood on the deserted walkway, wrapped in a thick winter jacket, and looked out at the crystal clear waters.

Hey, didn’t you say you wanted to see a lake this morning? Now here you go: Europe’s cleanest lake! And Kerstin was right: I had never seen such immaculate waters before. The moment was surreal. It took us a while to realize that we were facing the second largest perialpine lake in France, formed about 18.000 years ago, at the time the alpine glaciers melted.

When the rain faded into a light drizzle, we strolled along the northern shores of the lake towards the Pont des Amours in the Vieille Ville of Annecy, passing by the Casino Imperial. The Pont des Amours (or Lovers’ Bridge) is a little iron footbridge built in the beginning of the 20th century.

Legend has it that if two persons kiss right in the middle of this bridge, they’ll stay together forever. I told Kerstin that this was the main reason why I wanted to visit Annecy. Seriously?! Of course she knew I was joking. But a kiss wouldn’t harm! 🙂

As we cut across the Jardin de l’Europe, we spotted the Palais de l’Isle, which stands on an islet in the middle of the Thiou River, splitting the water into two canals. Even if the building was entirely wrapped for renovation works, it was still easily identifiable as one of France’s most photographed landmarks. The Palais de l’Isle used to be a castle under the counts of Geneva during the 12th century, before becoming a courthouse, a mint, and finally a prison in the 17th century. Nowadays, this building is classified as a national monument and serves as the local Center for Architectural and Urban Interpretation.

I rarely call a place “pretty”. But I can’t think of any other word to describe the Vieille Ville of Annecy: this little old town that was once the court of the counts of Geneva, looks remarkably pretty! No wonder it is often dubbed the “Venice of the Alps”.

As the sky finally cleared up, the sun was setting. We decided to drive around the 27 square kilometers lake. With every turn and every curve, the landscape metamorphosed. Bit by bit, the sun-capped mountains came forth, out of their hiding place, the clouds. The sky turned orange and red.

As we reached the eastern shores of Lake Annecy, the landscape was but a sketched silhouette. The sky became light pink and plum-colored. We stopped on D909, between Doussard and Talloires, to take in the stunning scenery.

The views over the lake and the summits of the French Alps were so spectacular that we made another drive around the lake on the following day, after visiting the Gorges du Fier. Only the sunsets in Florida could top the ones we saw at Lake Annecy. But in Haute Savoie we are spoiled by three things that no other place could offer all together: fresh and clean air, sensational snowy mountains, and of course epic French food!

One thing is certain: we can’t wait to return to Lake Annecy. And next time we’ll tag our swimming suits along to dip into the turquoise lake, hiking shoes to conquer the dramatic heights, and stay in one of those picturesque little cottages in Talloires to further explore the region!

Cause after every mountain, there may be other paths, although you may not see them from the valley.
– Quote by Theodore Roethke.

Disclosure: if you click on the hotel link in this post, we may receive a small compensation at NO extra cost to you. 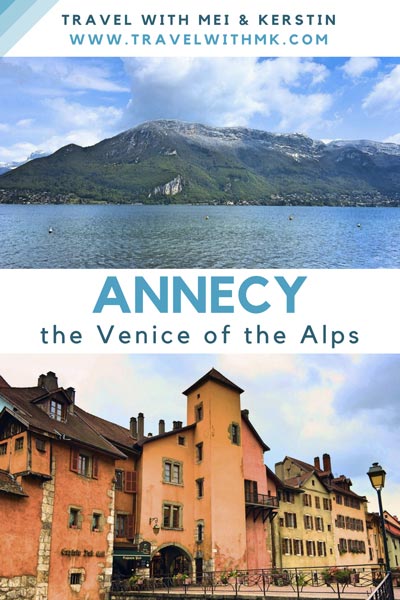