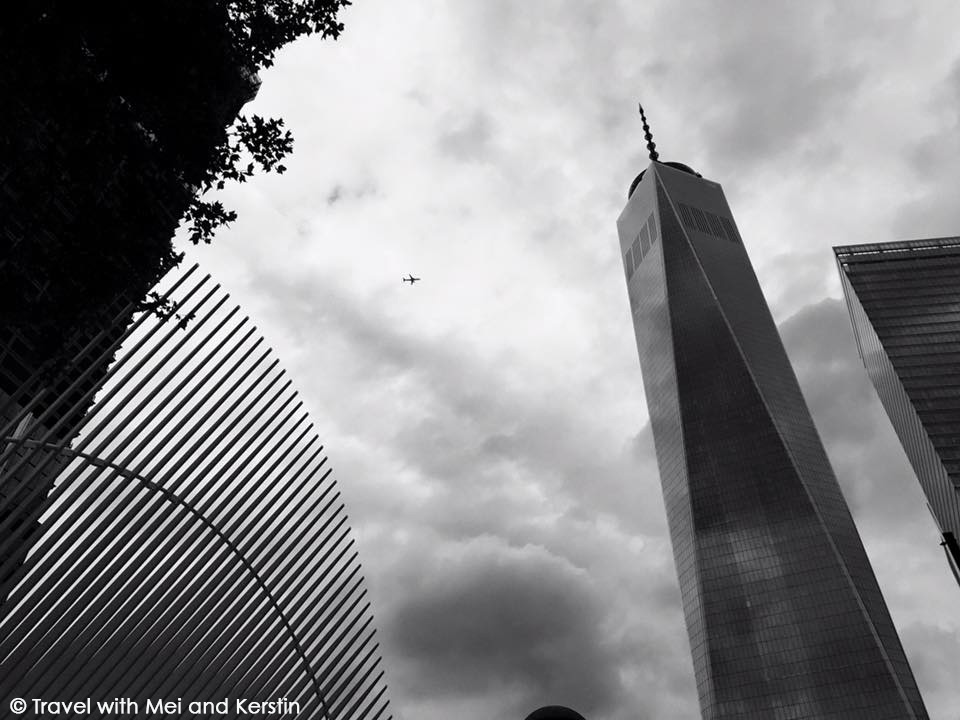 Moments that shape the world shape you too. 9/11 has shaped generations.

And we all have our own story to tell…

On September 11, 2001, I was in Paris with Kerstin. It was her first time in the French capital, and I promised her I would show her my Paris. When the hijacked planes crashed into the Twin Towers in New York City, we were in the metro. The guy next to us told his friend: the first plane came from the side, like this… and then went right into the tower. And then there was a second plane… It’s crazy!

We thought he was talking about a video game, although he sounded quite serious. It must have been around 7pm as we returned to the tiny cramped hotel room to freshen up before dinner. We turned on the TV and wondered why every channel was showing the same weird American action movie. It took us some time to realize what was really happening…

And 15 years later, all these bitter and queer memories come back to us,

as we are facing the 9/11 Memorial on Ground Zero.

The two reflecting pools with waterfalls built on the footprints of the Twin Towers are among the most impressive tributes of remembrance I have ever seen. Peering down into two enormous square black holes makes you conceive what was actually wiped out. And the veils of water cascading down the four black walls and falling into the void convey no other feeling but that of absence and loss.

The perception of human loss is furthermore increased by three long rows of names that run all around the bronze parapet of the pools. These are the names of the 3000 deceased. Even if you don’t know any of the victims, the multitude of engraved names makes you pause at the magnitude of the 9/11 tragedy. As they are inscribed on the edge of the pools, one has to confront them before looking into the vast pit. You just cannot ignore them. Their presence is both imposing and protective – the parapet of names is like a shield that prevents you from falling into the abyss.

As I contemplate a white rose placed on the names of the victims, a couple of tourists next to me bends down and leaves their fast food cup on the floor. A security guard approaches and asks them to take away their trash. But there’s no garbage can here, they cry. The guard stays calm: this is a National Memorial! I turn over and add: this is also a cemetery, even if there are no human remains left here. Would you like people to leave their waste on your tomb? Before any of them can say a word, I walk away from Ground Zero.

That’s when the neighboring clamor pushes back into my conscience, and when I realize that we are surrounded by jammed streets, crowded skyscrapers, and ongoing construction works. But the sound of the continuous stream of the waterfalls masks all the city noise. Just like the terrorist attacks, it surpasses the everyday urban turmoil.

While the past cannot be changed, it should not be forgotten. If you ask my opinion, I would say that no other monument could have conveyed the idea of both loss and remembrance better than the 9/11 Memorial Pools in New York City. If the subject weren’t so cruel, one would say that the idea of the Memorial pools are simply “marvelous”. Definitely one of the strongest memorials. And for those who used to work in the Twin Towers, visiting the 9/11 Memorial Pools is even more devastating. 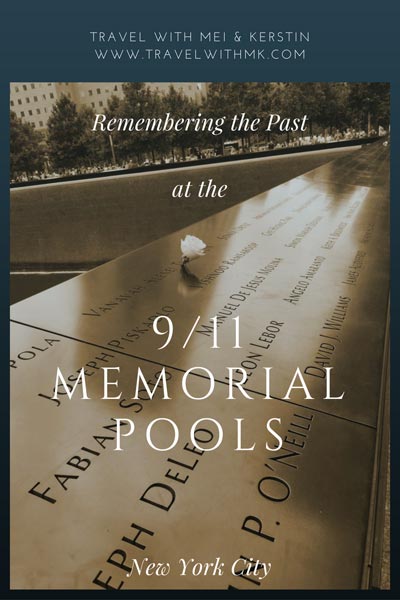 “You want to hear the story about Huacachina?” I wasn’t sure what... Read More

If there was ever such thing as an artist’s bible, it should... Read More